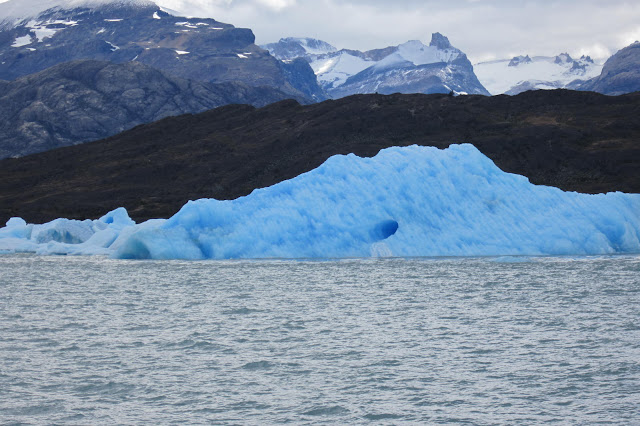 So here’s the post on my holiday :) A bit late because I’m still on vacation and lazying around, but I though you might enjoy it. As I had mentioned, we visited El Calafate. It’s a city in the south of my country (so it was pretty cold most of the days), and it’s home to the Glaciers National Park. 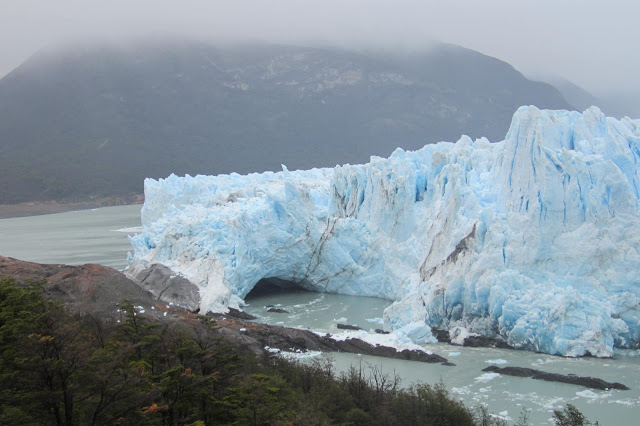 I don’t have many food pictures since we didn’t have anything special, even breakfast was a little below standard for a 4-star hotel. But I do have plenty of glacier shots!

The one above is the Perito Moreno glacier. It’s the most well know one, because of its accessibility and the fact that it stays the same size over time. It also has astonishing breakage seasons every other year or so. The bridge that’s connected to the ground over there is usually the main part that collapses; and it actually broke down a few days ago even though it wasn’t the right season! 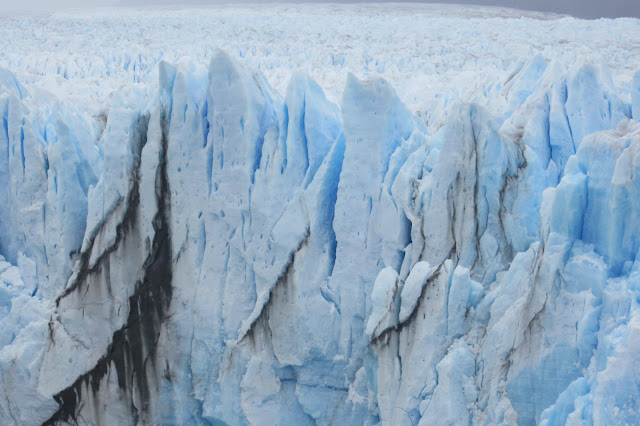 Here’s a closeup of the ice – I thought it had the texture of an angel cake :)

Then you also get to walk on the glacier, with the aid of some special spiky platforms attached to your shoes. It was a little nerve wracking at first, since the surface is uneven, with lots of ups and downs. But it was definitely fun! 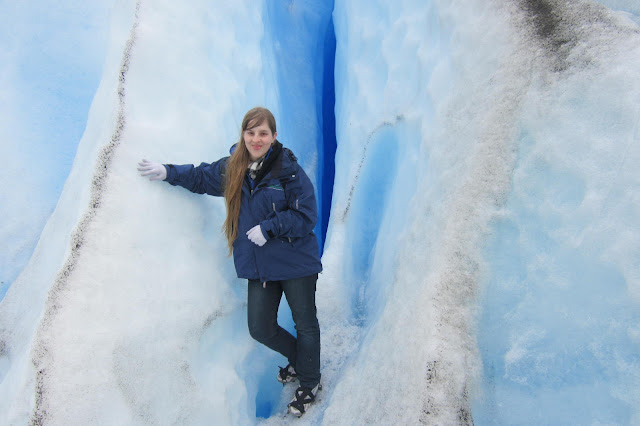 At this point you may be wondering what a calafate is – it’s not just a name! The calafate is a spiky wild bush that gives out these little blue berries. The berries are used to make traditional jam and liqueurs, and are even used as filling in alfajores (which your friends will definitely be expecting when you come back!)

There’s a cute little legend too, which reads that whoever eats these berries will come back to Patagonia. 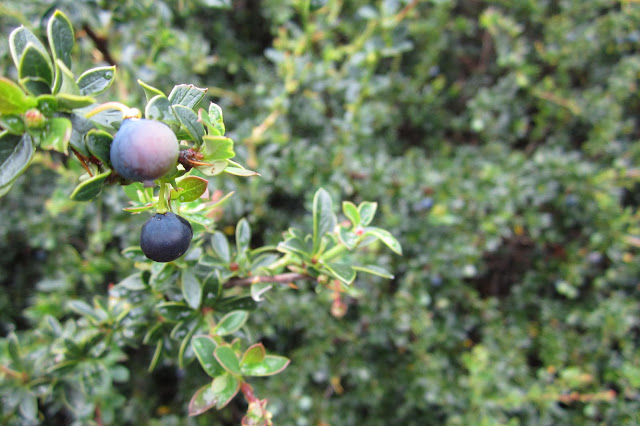 So, besides eating the berries straight from the bush (those weren’t too good admittedly, but it was hard to tell which ones were ripe), I also had to get some calafate ice cream of course. Isn’t the color beautifuuuul? And you can even see a little calafate falling down from the spoon. Like many other berries the calafate is actually mild flavored, but the ice cream was yummy and so refreshing! 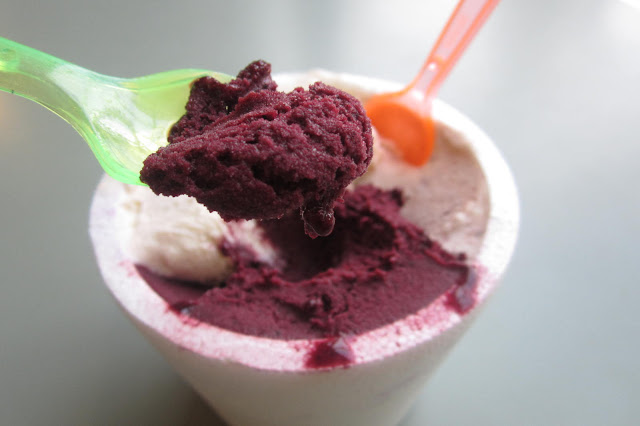 Another cool place to visit is the Branca Glacio Bar. It’s a bar fully made of ice, with ice glasses and all. It was a little cold at 14ºF, but you could order unlimited drinks to warm you up. I don’t drink much so I only used up the chance to try some calafate liqueur. 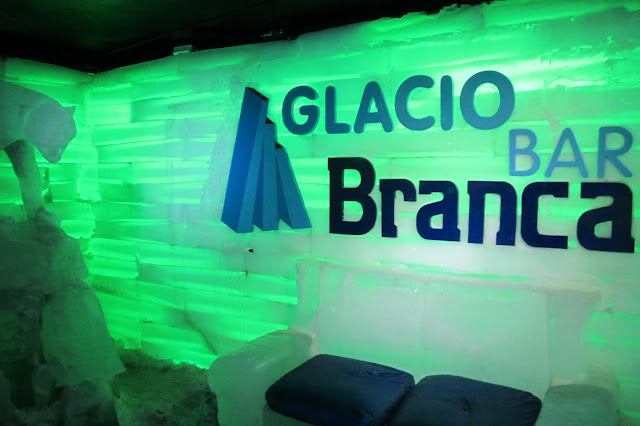 The place was small but full of ice decorations – they even had an icy fireplace and Christmas tree! How cute is that? 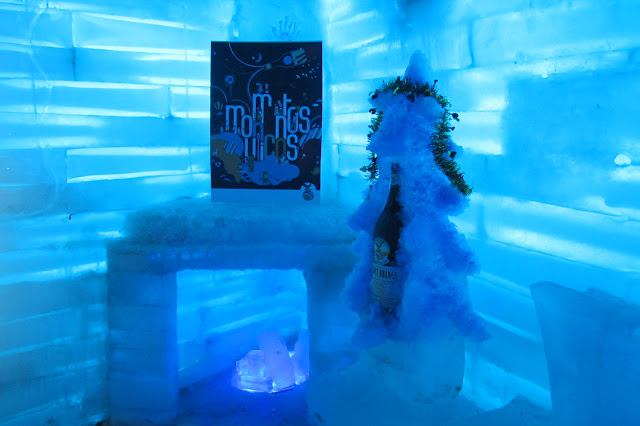 We also went to a ranch, which is touristic now, but was home to an English family that raised sheep for wool. They got here with nothing, found a nice land, built a house and bred sheep until they had about 12,000!
Now there’s a museum in their shear barn, which has this little old kitchen set up. How cute is it? They also have a book collection; I wanted to look for cookbooks but we were short on time! 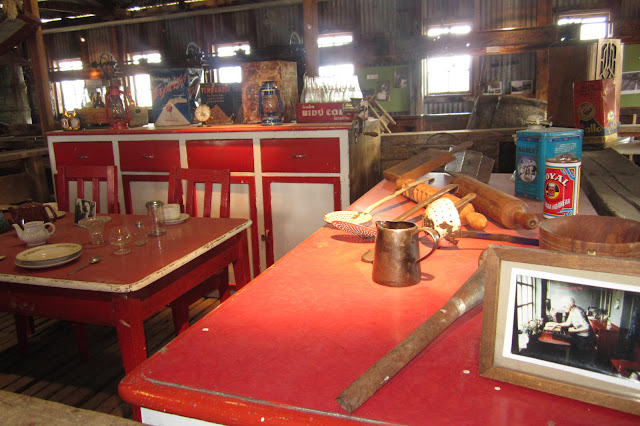 Aaand we made a music holiday video! (a la Kardashian). I’ll post it up here in case you want to check it out. Also, I totally encourage you to make your own music videos cause they’re super fun!

As you can see, we had a great time! Though I’m sad my vacation is almost over for good. I have some great news, though! I’m starting college on March :) It’s a culinary degree, with everything you need to know about cooking, plus some business points. I’m so excited!

2 thoughts on “My holiday in El Calafate!”