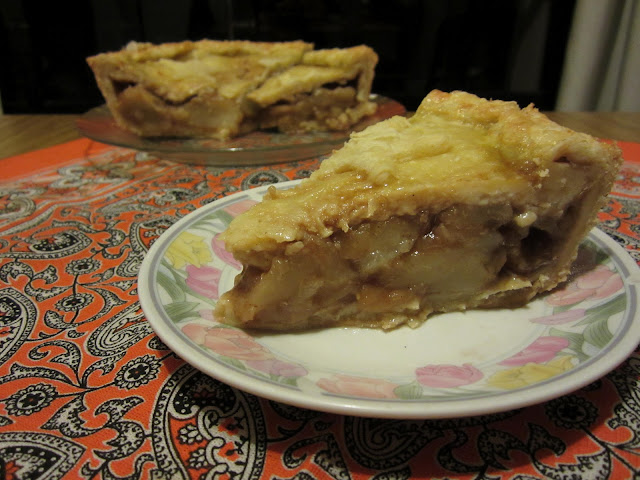 There’s a pretty awesome show called Pushing Daisies. It’s a few years old so you may have not heard about it, but if you haven’t, you should definitely check it out. It’s a whimsical show with the cutests sets ups and loveable characters.
It’s about a guy called Ned, who has a pretty interesting ability: he can bring the dead back to life just by touching them.

Obviously, there is a catch. If he ever touches them again, they will go back to being dead. And if they stay alive for more than a minute, someone will have to die in their place. It may sound creepy but it has a funny twist, since Ned uses his gift to solve the most insolit murder cases. 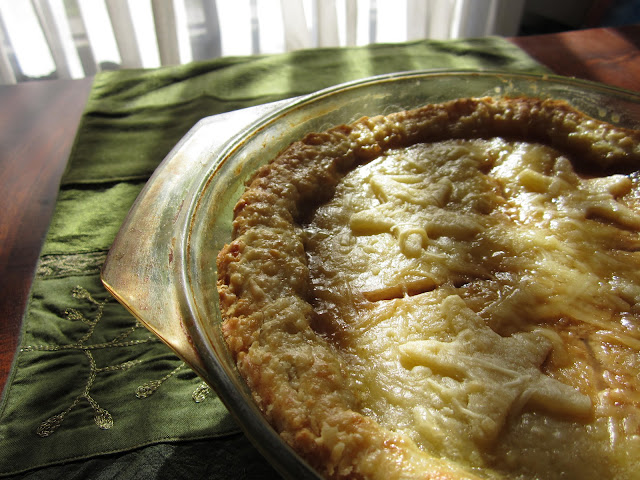 Then there’a a girl named Chuck, who is Ned’s childhood neighbour. Ned brings her back to life when she is mistakenly murdered, and she quickly becomes his love interest. And here’s what you’ve been waiting to hear: Ned is a pie marker, so there’s plenty of pie talk.

This one here was actually made by Chuck on one occasion, and it’s a pear pie with gruyere sprinkled on top. 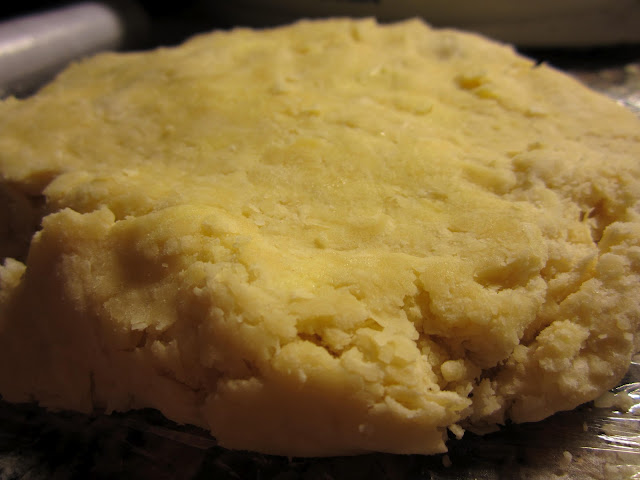 It all started when winter got closer and I felt like making apple pie. Then I thought, as great as apple pie may be, I’m sure we’ve all made it a number of times before. So, since I like trying new stuff, I thought I’d make it a pear pie instead.

Then I remembered the pear gruyere pie on Pushing Daisies. Chuck made it for her aunts who were cheese lovers, but the combination still made a lot of sense to me. 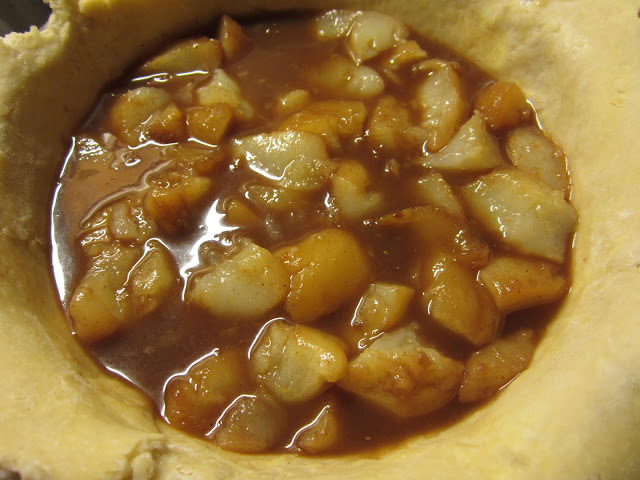 I chose this recipe since, unlike some others, the filling is spicy. You don’t want a plain pear filling, right? That would be boring. The cheese is mixed into the crust as well as sprinkled on top, which creates a richer flavor. I do recommend that you grate it finely, though. There were some thicker shreds in mine that didn’t melt in and those bits felt like biting into tough crust. But other than that, it was a great pie. The only change I made was to lower the amount of butter, since the original had way too much for my taste. I used 7 oz since that’s the size of my stick, but two 4 oz sticks would be fine too.

Recipe by Alexandra
Yield: one 9″ pie

1. Whisk together the flour, salt, sugar and grated gruyere in a large mixing bowl.
2. Using a food processor, mix butter and flour/cheese mixture until the largest butter chunks are the size of large peas.
3. Return mixture to the large mixing bowl. Sprinkle ice water over flour in increments of one tablespoon, and toss with fork after each addition. Be careful not to add too much water. When dough begins to clump together as you stir, test the dough by squeezing it in your hands. If it forms in a lump then gather the rest of the dough together into two separate disks, leaving one slightly larger than the other. Wrap the dough in plastic wrap and refrigerate for at least an hour or overnight.
4. Mix sugar, wine, water, vanilla, cinnamon, ginger, nutmeg and clove into a large stock pot and bring to a boil.
5. Peel and halve pears. Scoop the core and seeds out and then cut the halves in half. Once liquid mixture has come to a boil add cut pears. Simmer for about 20 minutes or until the pears are tender.
6. Using a slotted spoon, remove the pear quarters from the poaching liquid and let cool.
7. Return the poaching liquid to a boil and reduce until you have about 3/4 cup of syrup. Add 2 teaspoons of cornstarch to the syrup to thicken it, then chill.
8. Preheat the oven to 350 F.
9. Roll the larger piece of dough into a circle around fourteen inches in diameter, then transfer to the pie dish.
10. Cut the pears into chunks, mix with the syrup and pour into the pie crust.
11. Roll out the remaining dough into a circle around twelve inches in diameter, then place it on top of the pie. Seal the crusts together using a fork or your fingers. Brush the top of the pie with the beaten egg, and make slits in the top crust to allow steam to escape.
12. Bake the pie until the crust is golden, 30 to 40 minutes.
13. Cool before serving, and refrigerate any leftovers.