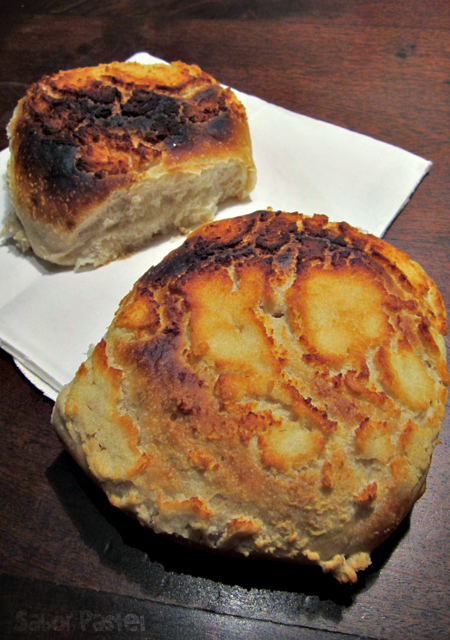 This month at Sourdough Surprises we were asked to make hot dog, hamburger or sandwich buns. I already make hot dog buns all the time and they’re sooo good; but I make them with commercial yeast since there’s usually not a lot of planning.

But there was something else I had been wanting to make forever! Well, not really forever: since March 2012, the month I started my blog. In that month tiger/dutch crunch bread was the theme at the Daring Bakers, but I didn’t get to make it since I had just joined. 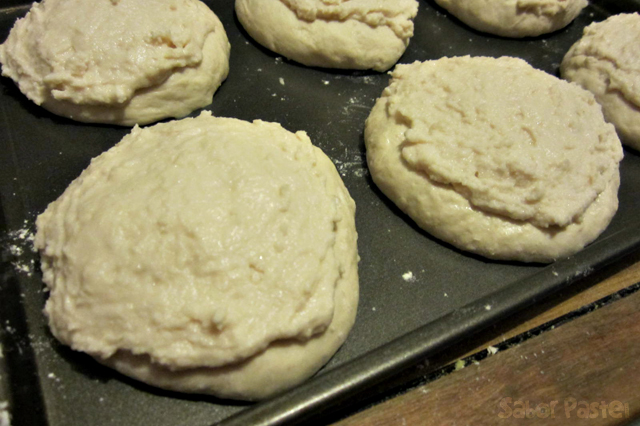 I kept thinking about it, since I was so intrigued: you smother your bread with a paste made of rice flour and yeast, and it magically crackles, forming the distinctive pattern. Just like nail polish (another source of sorcery).

I knew this was the perfect time to give it a try, but I wasn’t sure it would work. First of all, I had a packet of rice flour I had bought especially for this purpuse… in 2012. It was unopened, so getting a new one was out of the question. Then, the recipe said the crunchy topping worked best without a lot of resting time… 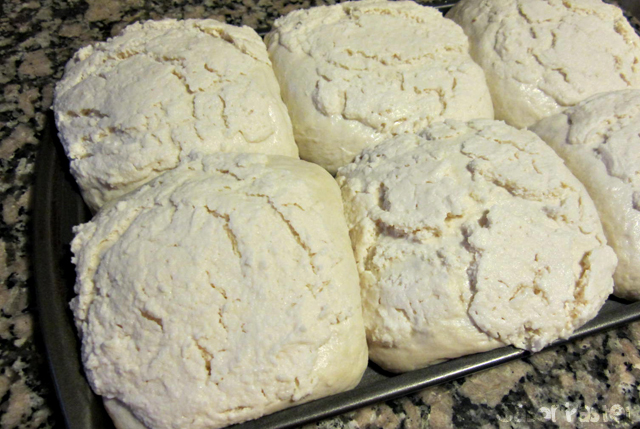 But I’m glad to say they turned out great! And huge, as you can see :P I was surprised to see that the crackling actually took place during the rising, since I assumed it would happen while baking. I shaped and topped them at night and left them in the fridge, then I took them out when I left for college, and baked them when I came back (that was today, for the record). That was a good 7-hour rise, but I’m thinking Bob was excited about making burgers anyway.

Also, I kinda used a lot of sourdough because Bob’s feeding day was on Friday, so I fed the discards and then used the whole mini-Bob on this bread. I’ll write down a more reasonable amount below ;) 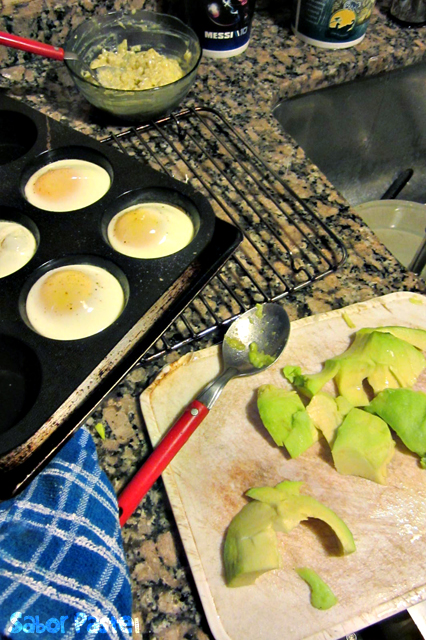 Oh, and like I was saying, I made (fat) burgers with this bread. No pictures cause they were a bit of a mess, but still so good! I made 4 patties with 600g of ground beef, one egg, a handful of breadcrumbs, garlic and parsley, and a cube of cheese on the inside. And yes, the patties were also huge. They were joined by baked eggs, avocado and big mac sauce (not perfect since I was too lazy to grab the recipe, but the basics are mayonnaise, dill pickles + juice, chopped onions and a dash of mustard).

We loved this meal, and the crunch bread was so fun to make! Although next time I would try a richer dough for the base, something like challah or brioche, since this one was a little plain. But more appropriate for fat burgers, I guess! :P 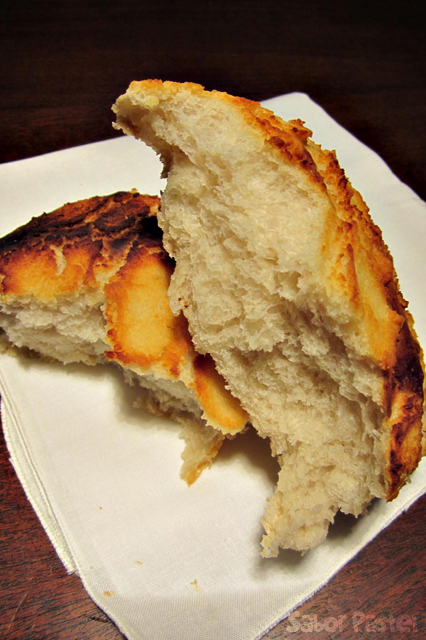 1. Form all the ingredients into a dough, and knead until smooth.
2. Cover and let rise until doubled.

1. Combine all the ingredients in a small bowl and whisk until thoroughly combined. Let stand for 15 minutes (I forgot this part).
2. Punch down the previously made dough and divide in 6. Form the rolls and distribute them in a baking sheet.
3. Evenly spread the rice flour paste over the rolls. Cover and let rise until doubled.
4. Bake in a preheated 380ºF/190ºC oven for 25-30 minutes (you may need to put them under the broiler for a minute to properly brown the tops).