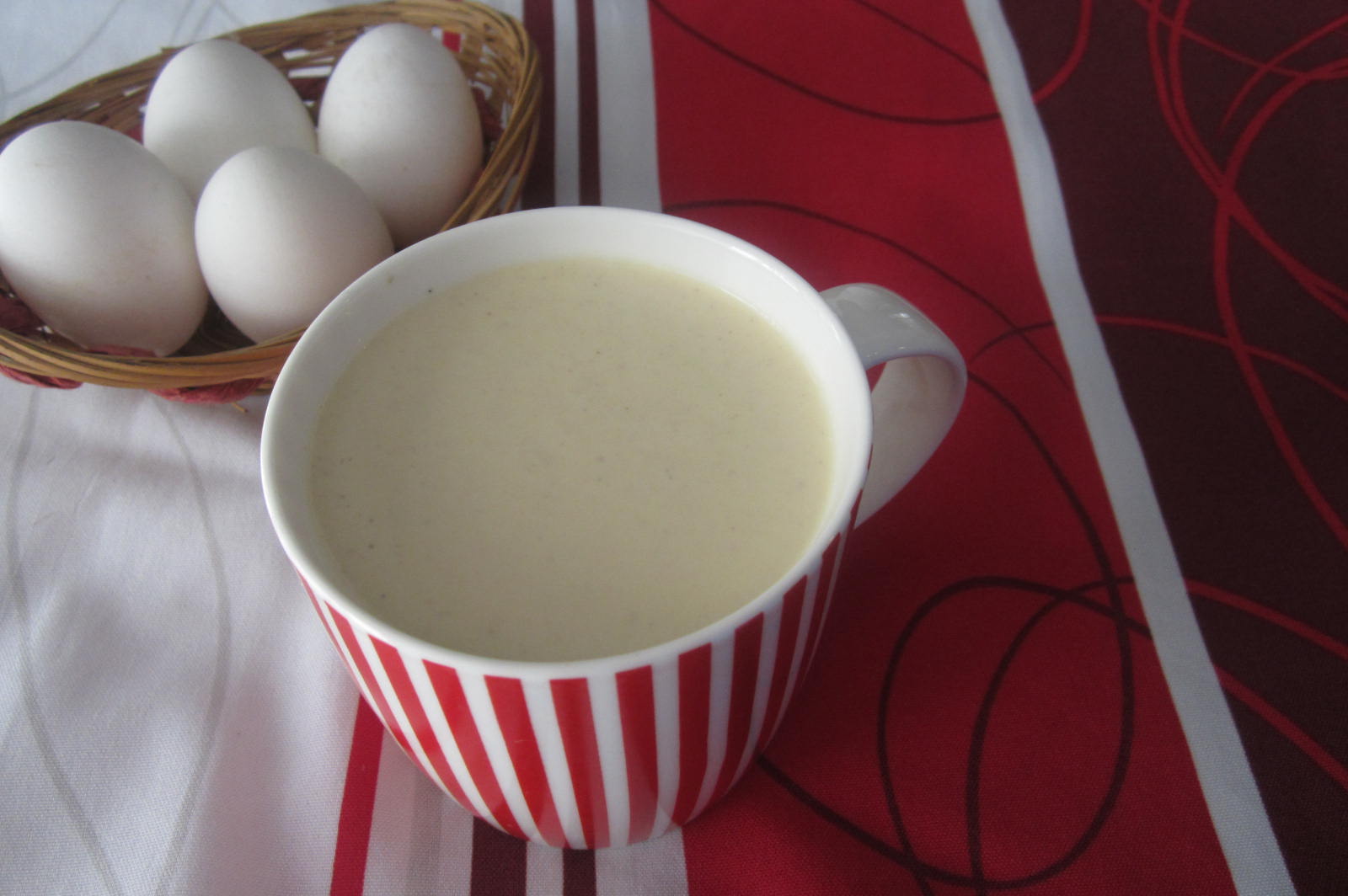 Hi guys! Welcome to the new Sabor Pastel :) As you can see the site has a brand new design. I’ve made the big move from Blogger to WordPress; it’s still a work in progress, but I’ve figured I’d start posting anyway, cause I don’t want to miss the holiday baking season! So today I bring you homemade eggnog.

I’ve been seeing a lot of eggnog-related recipes lately, and they really made me want to try it. Cause, as you may have guessed, we don’t have eggnog here, so I had no idea what it’d be like. And the verdict is that it’s so good! I can’t compare it to a store-bought version, but it was so creamy and tasty. The flavor is a lot like zabaglione or sabayon, which is a super popular ice cream flavor here; except eggnog is spiced, and also I had never drinked sabayon :P 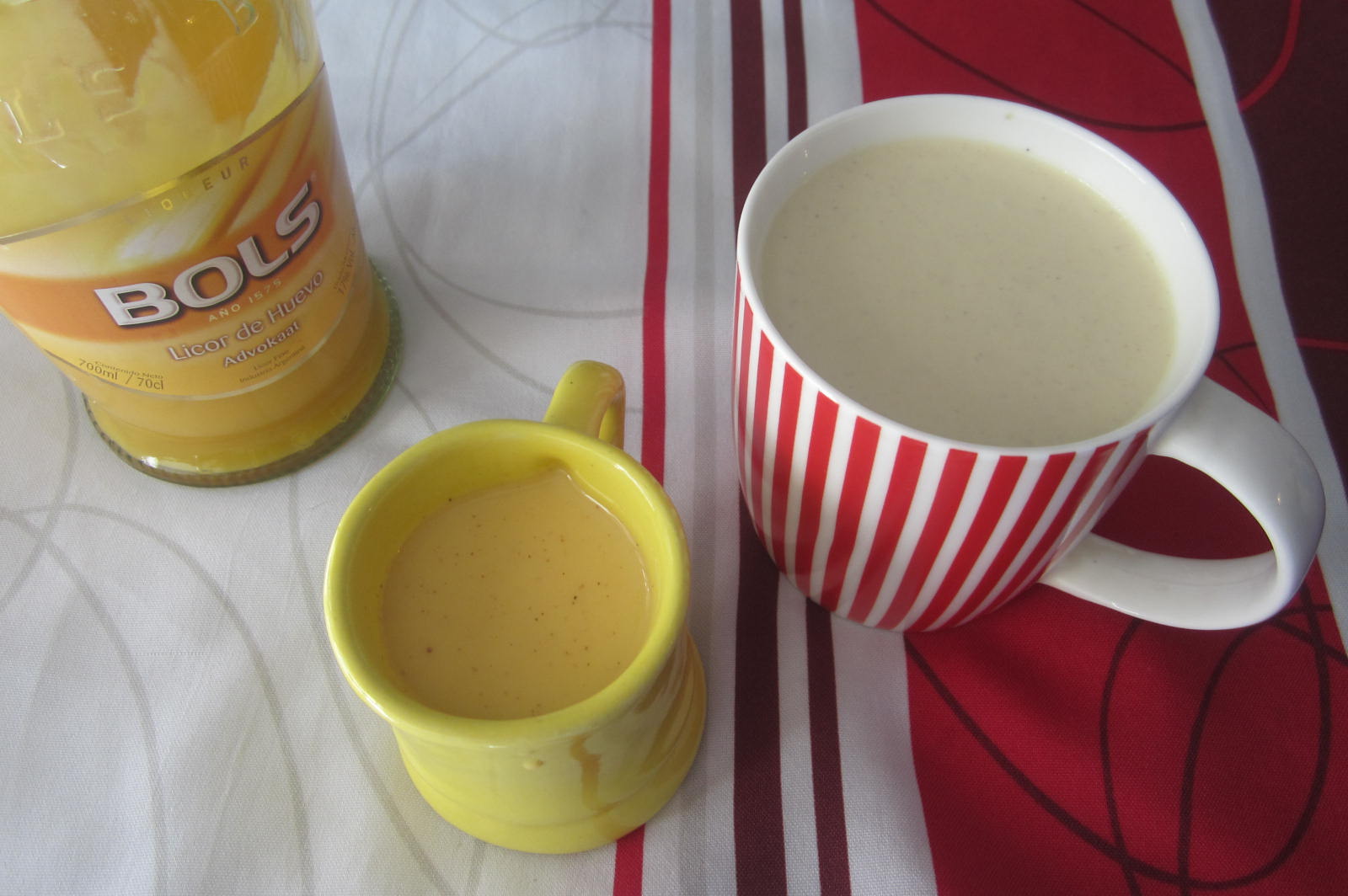 As well as the from-scratch recipe, I decided to try a little hack with egg liqueur, which we do have here. I mixed 1/4 cup liqueur with 1/4 cup cream, 2 tbsp milk, and cinnamon and nutmeg to taste. It’s not the same, of course, but it’s a cool shortcut if you’re making another recipe and don’t want to bother with the homemade eggnog. This one is a little yellow because my liqueur had coloring on it, but there are others that don’t have it.

And if you hadn’t noticed yet… Eggnog is basically ice cream. 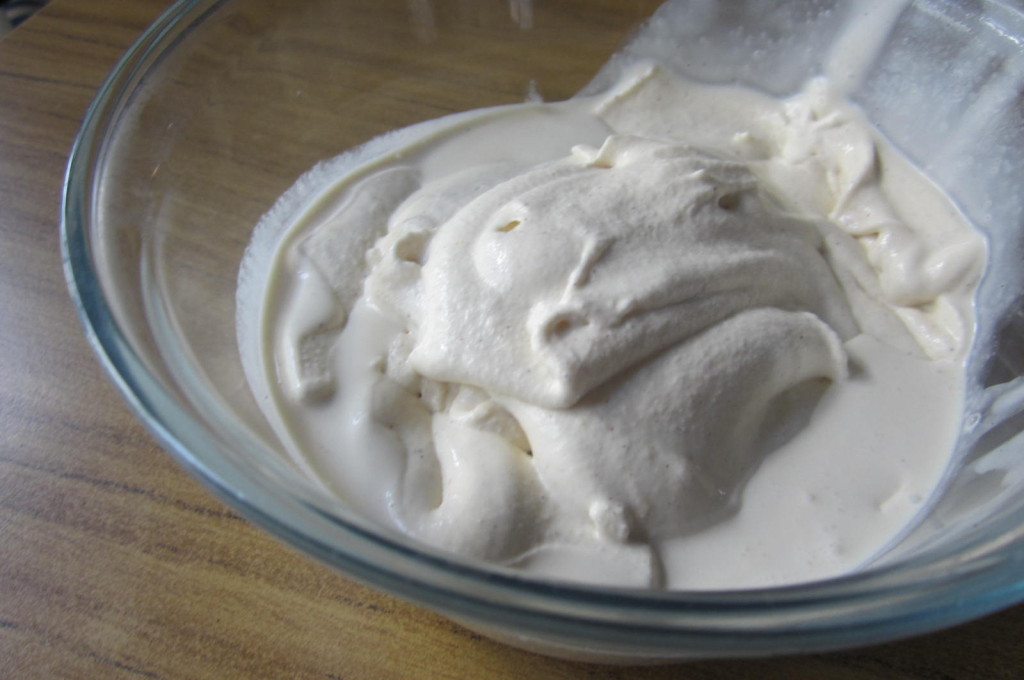 So from the start I knew I was obviously turning it into yummy eggnog ice cream. I even cut down the rum cause I was afraid it wouldn’t churn properly. You just need to refrigerate it overnight to make sure it’s really cold, then run it through the ice cream machine. You won’t regret it ;)

Oh and by the way, you can add egg whites too. I didn’t cause I’m in a desperate campaign to get rid of my 13485 extra egg yolks. Really, it’s getting better now, but I’ve had over 15 yolks stashed in my freezer. On the bright side, I just made my first batch of undeniably successful macarons :) 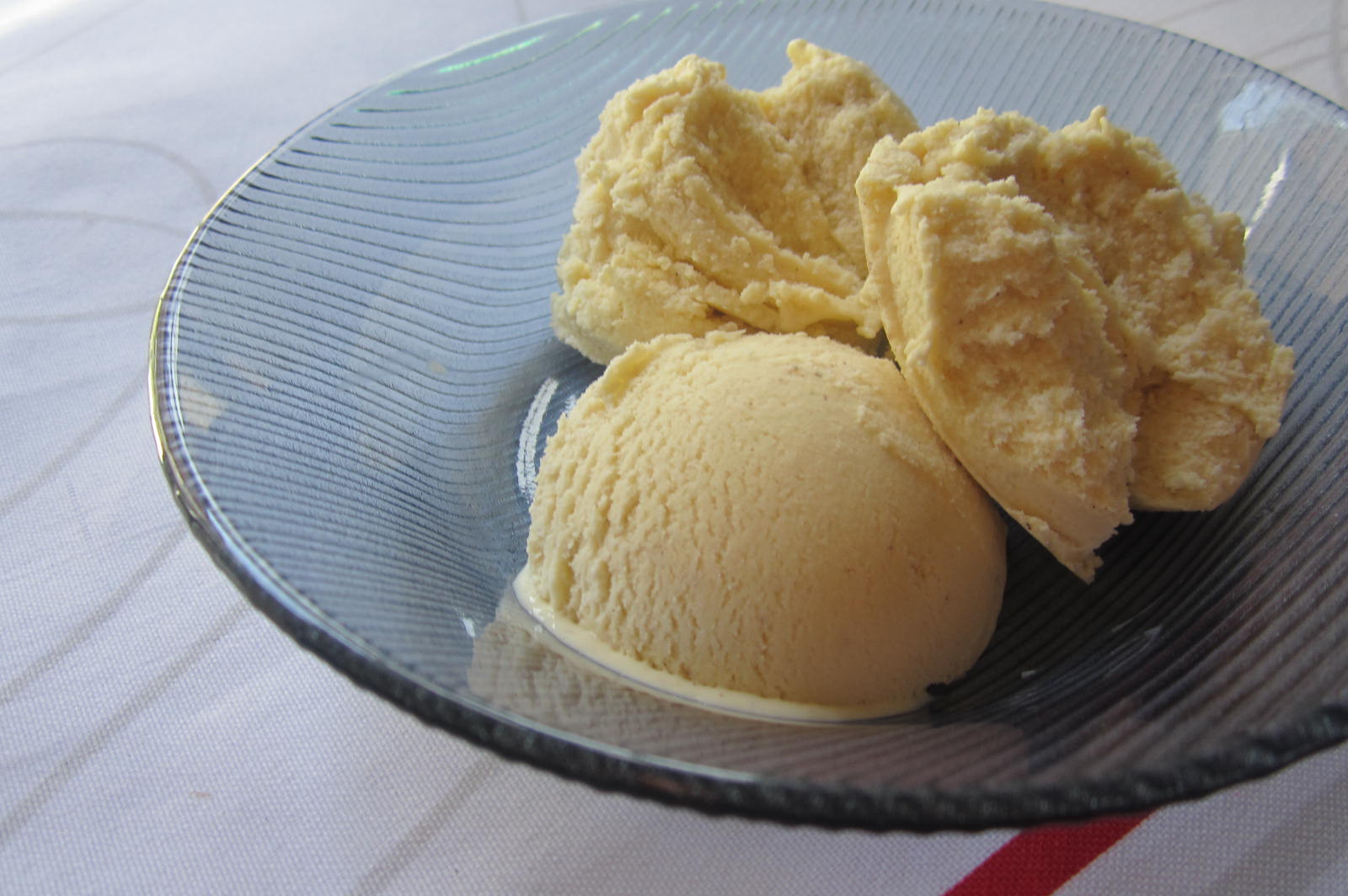 1. Combine milk, clove, cinnamon and nutmeg, and bring to a boil (either on the stove or in the microwave).
2. In a saucepan, combine egg yolks and sugar. Whisk together until combined. Whisk hot milk mixture slowly into the yolks. Cook over medium heat, stirring constantly for 3 minutes, or until thick. Do not allow mixture to boil. Strain to remove spices, and let cool for about an hour.
3. Stir in rum, cream and vanilla.