Last and late but not least, here’s my recap from my 4 days in LA. Where there’s so much more to eat than the number of meals you can possibly fit in a day.

We got started on the adventure by arriving at about 11 pm at our hotel in Little Tokyo, having had no proper meals since breakfast. Needless to say, we wanted some food! There were a couple restaurants and a grocery store in that block, with the store closing on us as we pondered what to nom. Obviously, everything was Japanese. I ended up having a yummy and huge plate of yakisoba. My boyfriend doesn’t like Asian food, but at least he got some comfort from a pretty good though tiny flan as dessert.

On the next day, after a quick breakfast at Starbucks, we got to the metro station and headed to Hollywood :) We spent all day on a looong stroll down the Hollywood boulevard.

Among other cool stuff, we saw Ripley’s Believe It or Not museum, which was really fun and interesting. I loved the cartoon posters with totally bizarre facts, especially the one above. 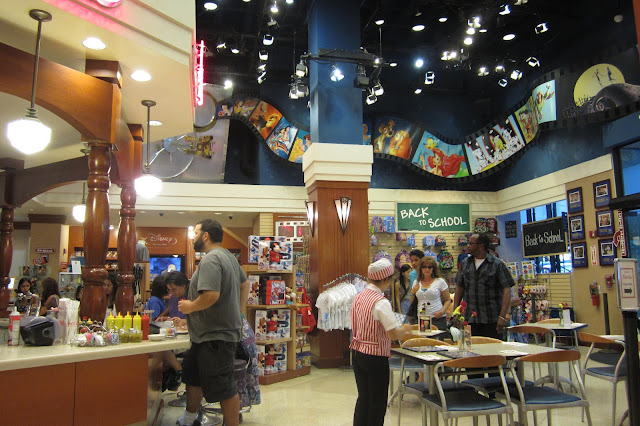 After lunch at McDonald’s and an afternoon snack cupcake, we had ice cream at the super super cute Disney’s soda fountain and studio store. They sold some savory meals too, but clearly, we had to have ice cream. And yes, my float had diet coke ;)

They also had a theatre where they showed a couple Disney classics, and then the studio store. It had lots of cool stuff, though I only got a magnet. And a picture with Mickey, or course.

We also visited Universal Studios Hollywood, and it was awesome! It’s full of roller coasters, both real and virtual. I had never ridden a virtual roller coaster, and it was pretty amazing! You can also see the sets of some famous movies, learn how special effects are made, and buy cool merchandising at the various specialty stores. Like this one: 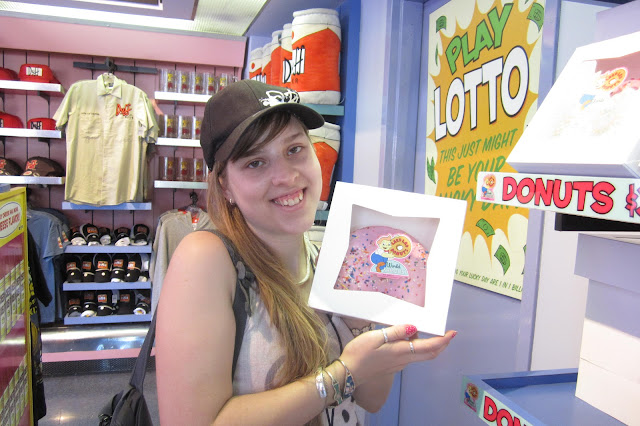 The Simpsons store, or Kwik-E-Mart, had the most amazing donuts ever. They were about the size of 2 o 3 regular donuts, but so yummy and light you could gorge them down easily.

If you ever stop by Universal Hollywood, make sure to get one for your late morning breakfast. And come back for a couple more before leaving, just to be sure. They can’t sell them on the following day, so you may even get a cool discount.

Or course we also stopped by Beverly Hills! After checking out every item on Williams-Sonoma, we had lunch at the Cheesecake Factory.

I had a burger with sweet potato fries (pictured below) which was pretty good. Although, Cheesecake people, if you want to sell your cheesecakes, you may want to consider making smaller burgers! 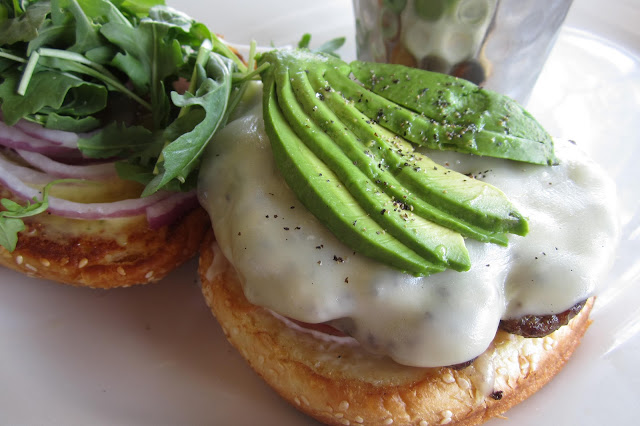 After nomming down the burger and fries, I didn’t think I could possibly eat any cheesecake. But, obviously, we still ordered (and ate) one: a classic strawberry cheesecake. I would take a mousse cheesecake over a baked one every day of the week (especially after such a big meal), but it was still good! 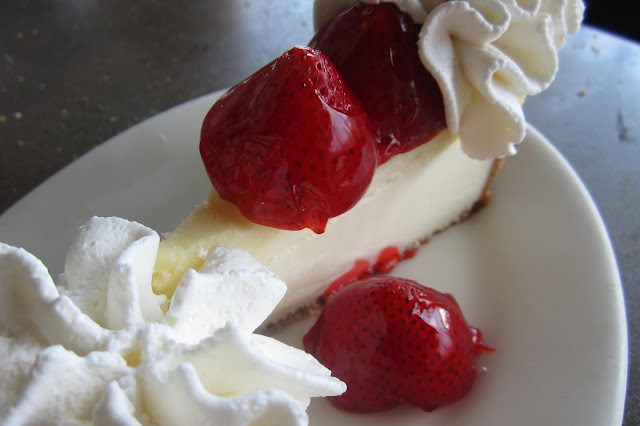 Aaaand, here’s what you’ve all been waiting to see (saved the best for the end!): 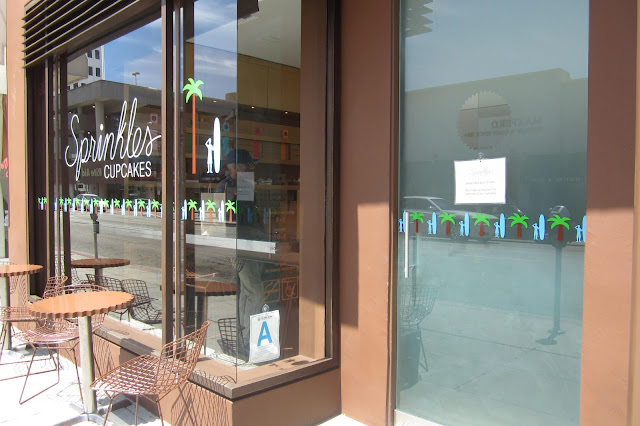 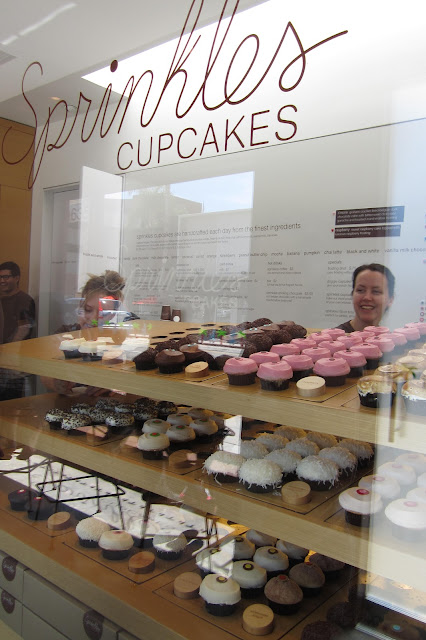 They had a lot of flavors, but I had planned out which one I would have a month before ;) Raspberry!

The buttercream had a clear raspberry taste, the cake not so much. But overall, it was a good cupcake. Though I think store bought cupcakes are never as good as homemade ones (for some reason), but this one was tasty and fresh. It’s sad I have to remark that, but many stores sell cupcakes that aren’t as fresh as they should!

And finally, here’s the cupcake ATM! We unfortunately didn’t use it, since my boyfriend doesn’t like cupcakes much and I wanted to get mine at the store. But it looked so cool! 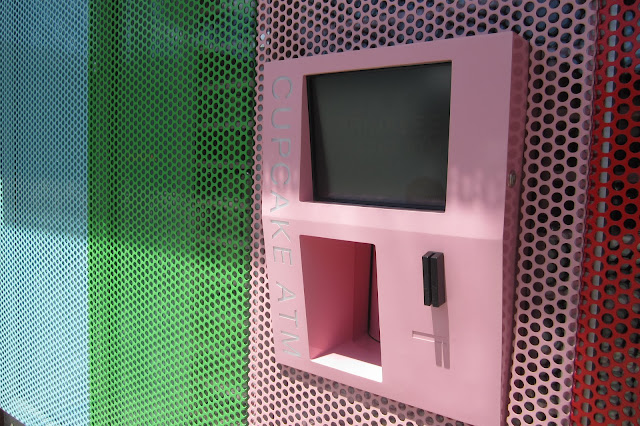