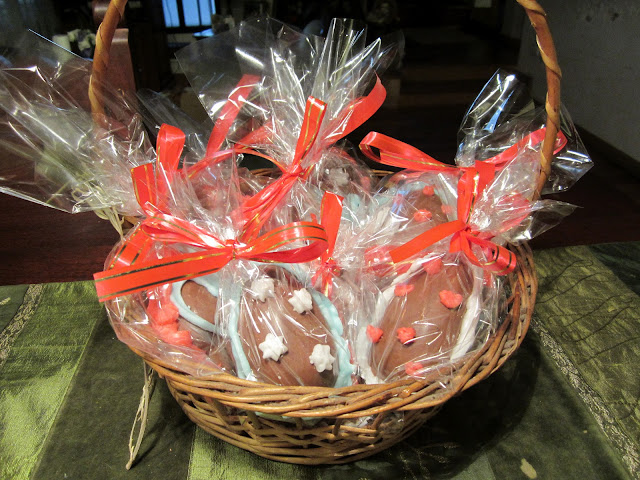 Happy Easter! It’s probably a little late for Easter posts, especially considering there’s another one coming. I made these on Monday and meant to post them earlier. But unfortunately we had a massive blackout caused by a pretty nasty storm (I believe the wind reached a hurricane level which is really rare for this area) and I had no power for two days. Then I had some early anniversary celebrations with my boyfriend and so the week went by. But here are my Easter eggs :)

I’ve never been into working with chocolate. I always thought tempering was a hassle that should be left to the professionals. But this year my sister suggested making Easter eggs so I said, why not. Tempering with the seeding method shouldn’t be so hard, and after that, it’s just filling the molds and decorating, right? Well, that was pretty much it. The chocolate did take a while to reach the required low temperature, but it was actually too hot from the start. Decorating is the trickiest part, because the royal icing has to be very stiff to hold shapes and it can be hard to pipe. But it’s still totally doable.

First you should get some quality, real chocolate (I used 1 kg milk chocolate). You can use candy coating which doesn’t need tempering, but it obviously won’t taste like chocolate. And get some molds and yummy stuff to put inside the eggs. 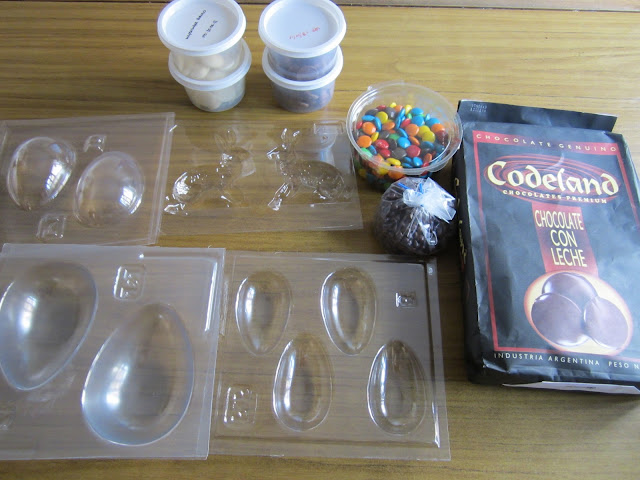 Then clean the molds with a cloth or a piece of cotton soaked in alcohol (it evaporates so your chocolate won’t get wet). Now divide the chocolate in half and chop it. You don’t need to be too finicky with the half you’ll be melting on the stove, but the other half will be melted by the heat of the chocolate only, so it should be finely chopped. 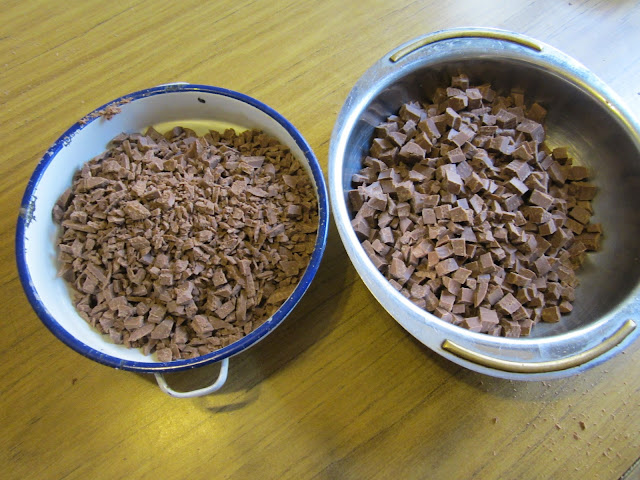 Now melt the first half of chocolate over a double boiler. It should reach a temperature of 104ºF if it’s milk or white chocolate, or 113 for bittersweet. I suggest using a thermometer cause you need to reach precise temperatures for proper tempering. Then remove it from the stove and add the rest of the chopped chocolate, a bit at a time, and stir to melt it. It should get to 78ºF, or 82ºF if it’s bittersweet.

If it doesn’t quite reach that temperature, you can stir it for a while or just let it rest, or even put it on an ice bath, being super careful not to get water on the bowl. After that, you’re almost done. Just return it to the double boiler until it goes up to a final temperature of 86ºF for milk chocolate, or 84 for white or 87 for bittersweet.

Now use a pastry brush to distribute your chocolate on the molds. Make sure the sides are covered up the edges, or you’ll have a hard time unmolding them. If you want you can put them on the fridge for about 15 minutes to set, then add another layer of chocolate. And if you feel your chocolate gets too cold during the process, put it on the double boiler till it gets back to the final temperature.

Place them on the fridge till they’re well set. When they’re ready they should come out of the molds fairly easily, just turn them and give them a few shakes if needed. If you have some latex gloves around, it’s time to put them on, cause you really don’t want to touch the chocolate.

Now prepare some royal icing for decorating. This is optional, of course, but it’s more fun and a great way to make them more personal. The icing has to be pretty stiff: you want it to hold pretty shapes and borders (and it also has to stay on the eggs in the first place). Traditional decorated eggs here usually have pretty flowers, sometimes doves, but you can get creative. I chose to write the names of the lucky recipients. 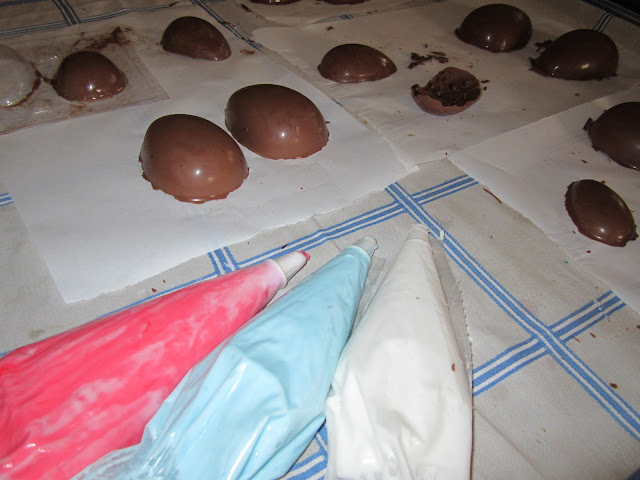 To close to eggs, you can just stack the halves and pipe a border. Or you can melt the edge first, placing it on a hot pan for a few seconds (I didn’t find this necessary though). Don’t forget to put something inside them first :)

Finally, decorate to your heart’s content. Remember to avoid touching the chocolate, though.

Let them sit overnight for the icing to set, pack them up and you’re ready to gift! 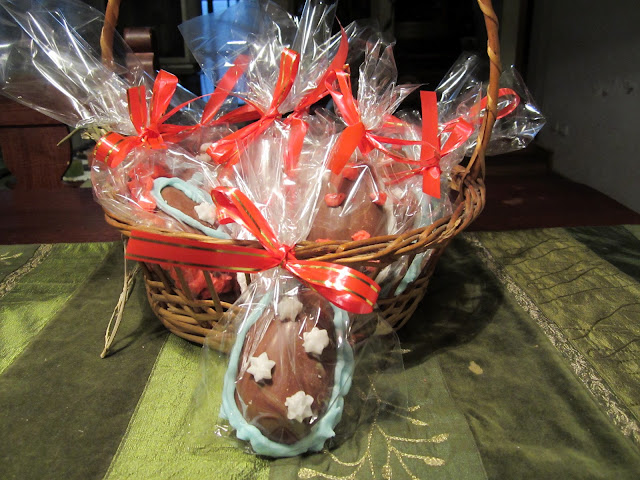