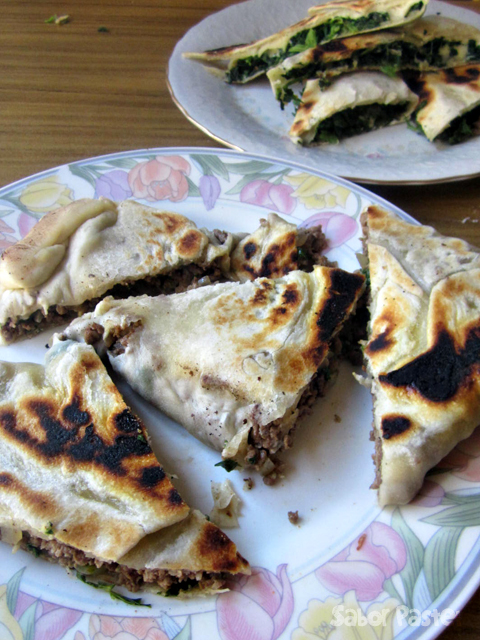 It’s time for another Sourdough Surprises challenge! This month, we were asked to make gozleme, which is a traditional Turkish dish. It’s made with a dough (which can be made with or without yest) which is rolled out thinly, spread with some filling, and folded, to make some sort of flat parcel. The most interesting part is that they are then cooked on a griddle, so they only take a few minutes! 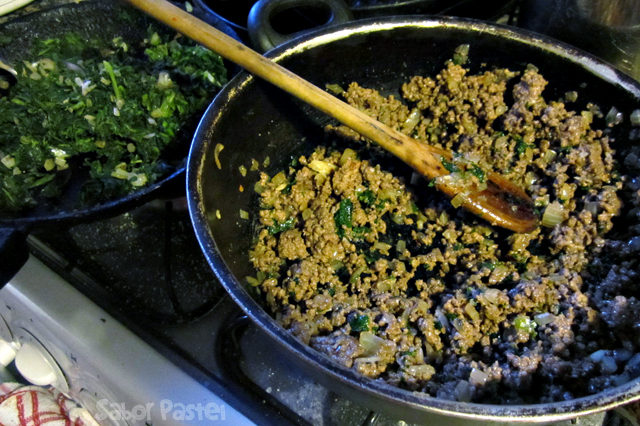 I had never heard of this dish before, so I wasn’t sure what to make for the filling. I started searching for ideas, and the most popular filling seemed to be spinach and feta. I didn’t have any feta around, so I made a spinach & random cheese version instead, which proved to be just as delicious :) But of course, I also had to make some beef gozleme. I also used what I had in hand, but got some inspiration from one of the recipes to add some parsley, which worked great.

The dough was super easy to make, and also easy to roll. But of course, there was a bit of a learning curve in filling and folding these. It’s very important that the dough is rolled very thin, or it won’t get fully cooked on the griddle. It’s also a good idea to cut off the ends rather than tucking them in, for the same reasons. 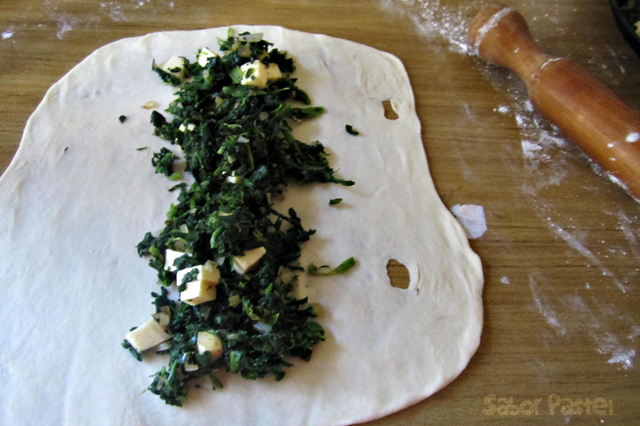 I actually cooked these on pizza pans, since that’s what I had around (and they were too big for a regular pan). It worked great, although the sides did remain a little raw, but it was ok.

This recipe makes 4 gozleme; I started out making 2 for lunch, and we ate them just between me and my mom. It was kind of a lot, but they were so good :) I thought I’d save the other 2 for dinner, but I made the mistake of fully cooking them after lunch… so most of them was actually eaten as snacks.

Anyway, this was a fun and delicious dish, and a different way to use up my sourdough. Check out the rest of the posts for more inspiration!

For the spinach and cheese filling:

For the beef filling: