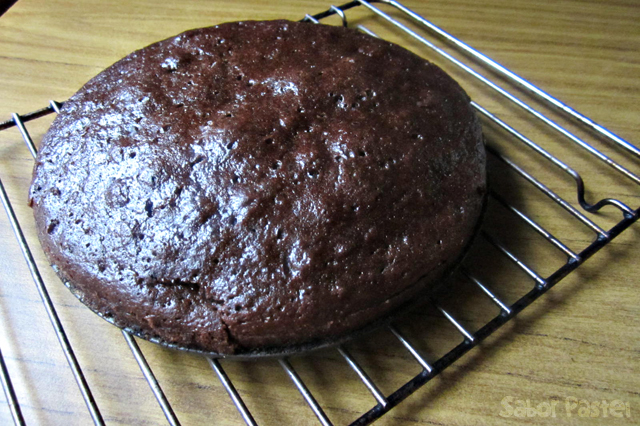 Hi guys! Had you ever heard of wacky cake? It’s also known as crazy or depression cake, and the wacky thing about it is that it’s made without eggs, milk or butter. The recipe is said to have been created during depression times, when resources where scarce; hence the lack of dairy. Of course, by today’s standards, this cake also happens to be vegan.

I’m not vegan (you may have noticed), but I’ve often found myself wanting to bake something and not having eggs around (or butter or milk, but cakes with oil and water are more common than eggless cakes). 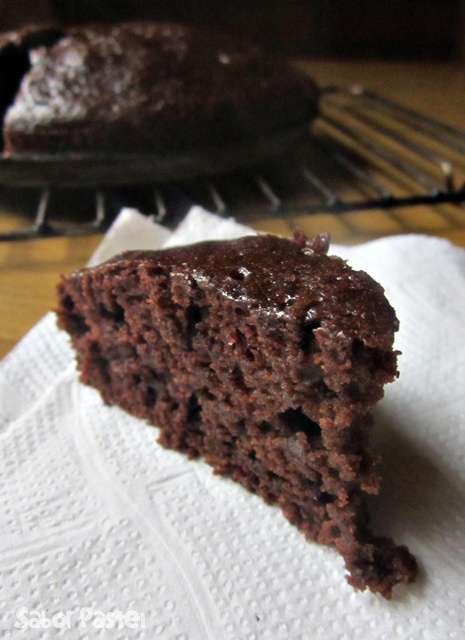 With that said, I did have eggs and butter and stuff the day I made this cake. But I had seen this post and I was so curious about this little wacky cake, which was said to be so tasty as well as easy and cheap!

The verdict? This cake is so good indeed! It’s moist and chocolaty, especially considering it only calls for 3 tbsp of cocoa (you know I don’t like to waste my cocoa). I have a friend who has recently gone vegan, and I have to admit I didn’t believe in vegan cakes, but this one has changed my mind! I was going to add frosting just in case (I had been wanting to give this geniality a try), but the cake was perfect on its own.

And have I mentioned the batter is mixed in the pan?? That’s about 100% better than one-bowl cakes. 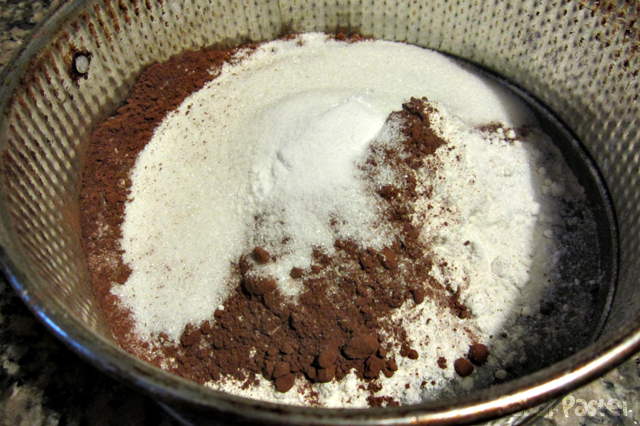 You just dump your dry ingredients in the pan, mix them up, then add the wet ingredients. I’ll post the original directions, which are to make 3 wells for the vinegar, vanilla extract and oil, and pour in the water afterwards. I’m sure it’ll work just as fine if you pour everything at once, but this way was more fun :) Also, Mary used a square 8 inch pan, but I like my cakes round (squares are for brownies!) so I went with a 9 inch round pan, which is pretty much the exact equivalent (you know I like to do some math on my baking).

On another note, this cake can be made in other flavors too (check out the top of this post). But I have a feeling the chocolate version is the best one, not just because it’s chocolate (duh), but I would think the cocoa gives it a little extra something. Oh, and this cake is pretty light too, with just 5 tbsp of oil.

So… I think we all agree you should go make it right now. 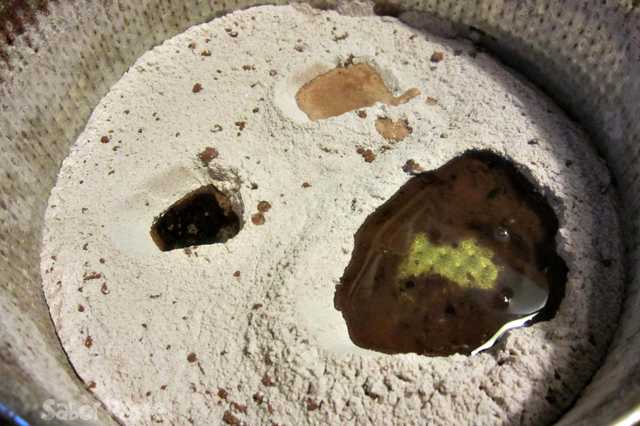 But first! I don’t think I’ve introduced you to my new kitty, Chiara! Not that new, really; we’ve had her since March I think, and she must be at least 6 months old by now. She’s very playful and still misbehaves a little, and she tries to eat everything (even lettuce and napkins). But she is sooo sweet. And especially fond of climbing up people, furniture, etc. She even gets along with Loli, my former kitty (at times). 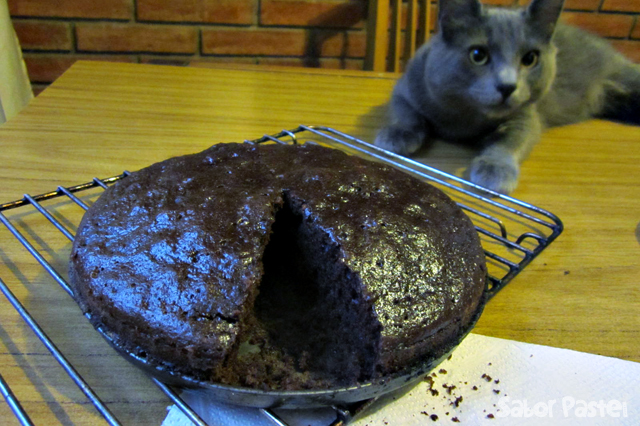 I’ll leave you with the recipe now :)

Yield: one 9 inch round cake

1. Preheat oven to 350ºF/180ºC.
2. Mix first 5 dry ingredients in a greased 9″ round baking pan. Make 3 depressions in dry ingredients – two small, one larger.
3. Pour vinegar in one depression, vanilla in the other and the vegetable oil in third larger depression. Pour water over all. Mix well until smooth.
4. Bake for 35 minutes. Check with toothpick to make sure it comes out clean.