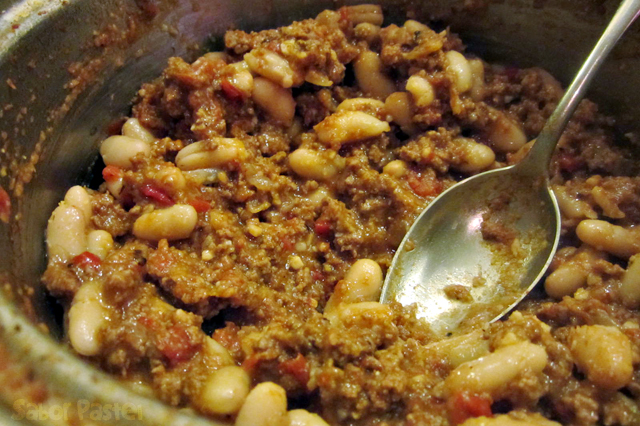 I got a savory recipe for you guys today, I hope you don’t mind ;) Especially the bad pictures! I’m still trying to get the hang of photographing savory dishes, because, well, they’re my dinner, I’m hungry and I don’t want them to get cold. I made this a while ago though, so I can use that as an excuse.

It all started when I began reading The Morganville Vampires. Yes, I’m into vampire books. I guess I could write a whole post about that, but it wouldn’t be relevant to chili. But this series (which I’m still reading by the way, I’m on book 11 out of 15!) is, because the characters make and have chili all the time (at least during the first books), including chili dogs.

So they obviously gave me a serious craving. 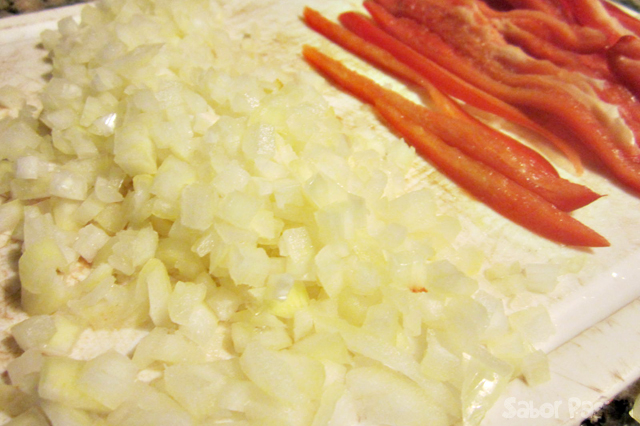 My cutting skills still need a bit of work

And now is the point where I mention we don’t have chili here, so I had never actually tried it. This may be partly due to the fact that chili as a spice is not common here either. It took me months of asking around clueless vendors, until I finally found something that I think can be classified as chili spice.

But that was after I made this recipe, so this is a chili-less chili, for all of you chili-less people out there.

I’m also happy to report that since the occurrence of this event, I’ve tried a professionally-made chili dog (so good) and found out about the existence of the Annual Buenos Aires Chili Cookoff (which I’m nowhere near ready to participate in). 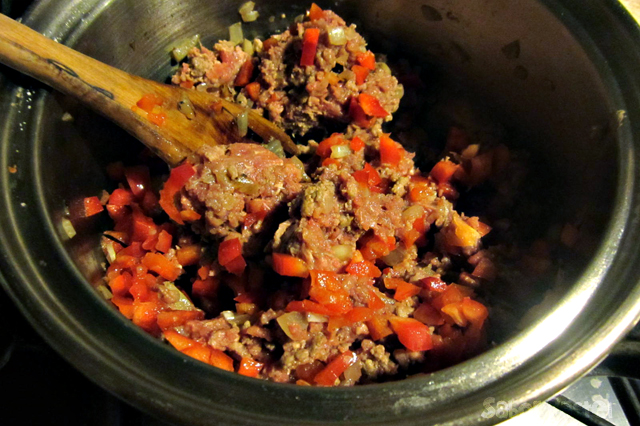 So how did this recipe go? It was good, although not too hot since my family is not into super spicy food. I also didn’t cook it much since I have a tendency of burning food on the stove, which is why I got an electric pressure cooker for my birthday (yay!)

I made it along with hot dogs (of course) and enjoyed it as a fancy topping. I also ate the leftovers on their own on the next day, though I must clarify that in no way does my mind consider chili a meal. Sorry guys but it’s just a yummy and spicy bolognese sauce (with beans :P) 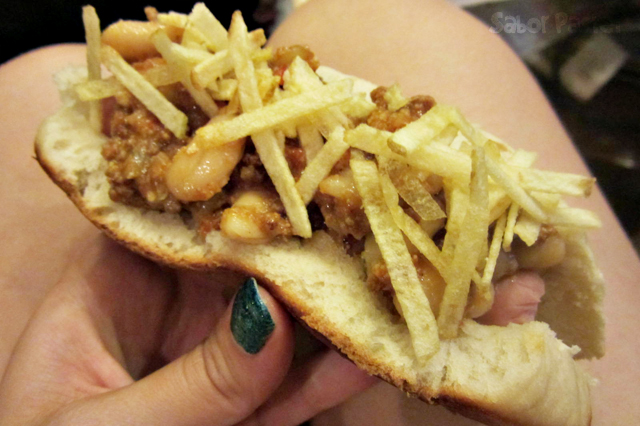 Chips for additional crunch and flavor, and don’t forget the homemade buns

1. Chop the onion, pepper and garlic. Reserve.
2. Heat a medium saucepan and drizzle with oil. Add the onion and cook for a few minutes, until it starts to get translucent.
3. Add the chopped pepper and garlic and cook for a few more minutes. Season with salt and pepper.
4. Mix in the ground beef, making sure the are no large clumps of meat. Cook until most of the beef is seared.
5. Add the cubed tomatos and the listed spices. Simmer until it reaches the desired stage (at least 20 minutes). Add water as needed.
6. Add the beans and cornmeal, and cook just until heated.