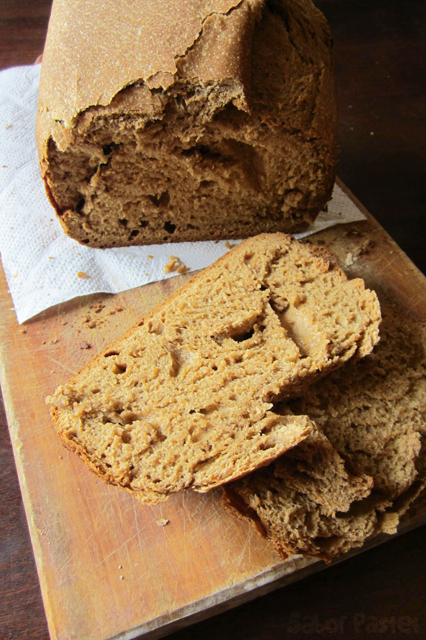 I originally made this bread to use up the leftover stout from the Salted Guinness Sauce Cheesecake, since the grocery store nearby only had full sized bottles, except for one apparently fancier small bottle that was more expensive than the full sized bottle I got (so yes, for the record, I didn’t actually use Guinness, that’s figure of speech).

So I thought a German bread would be a neat idea, and by German bread I mean bread with beer on it. That’s what we call it here, anyway. 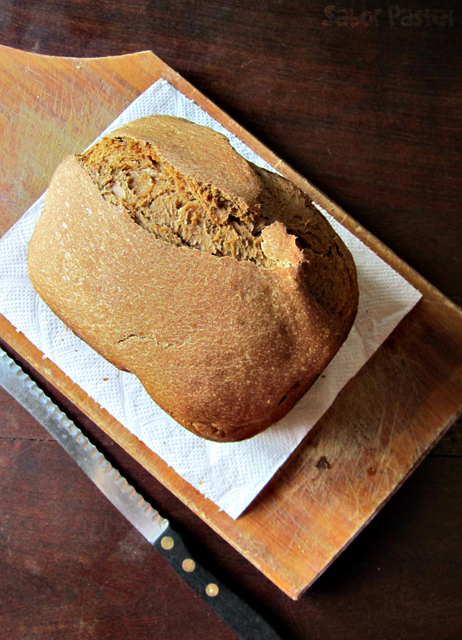 Though I have to admit this recipe may be a little un-traditional. I wanted a sweet golden bread so I used some whole wheat flour, and a sizeable amount of dark brown sugar, just for good measure.

The result was so good! The bread was very soft, sweet and flavorful. I had a couple of warm buttered slices for breakfast (yum), and then for my afternoon snack I toasted and buttered the first one, but I had to have the second one plain because it was just so good. 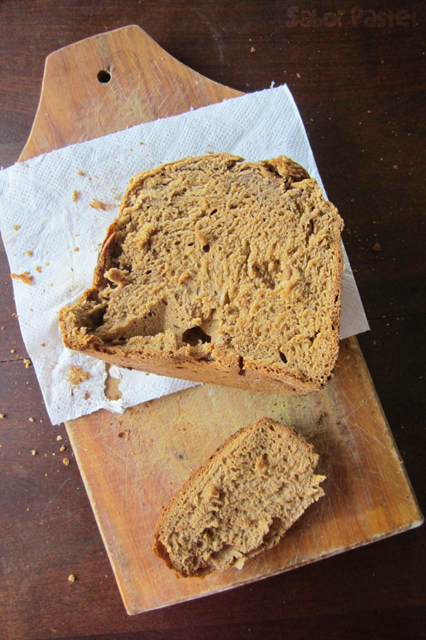 I made this on my bread machine overnight. The smell of warm bread is probably the only thing that makes me willingly get up in the mornings. I just dumped the ingredients in the machine the night before, and gave them 5 minutes on the dough program, just to get the dough magic going. Then I set the basic program which yielded amazing results :) (I really need to start experimenting with the other programs, though).

Of course, if you don’t have a bread machine, you can just knead it by hand, or with your favorite appliance. I’m sure it will turn out great either way! 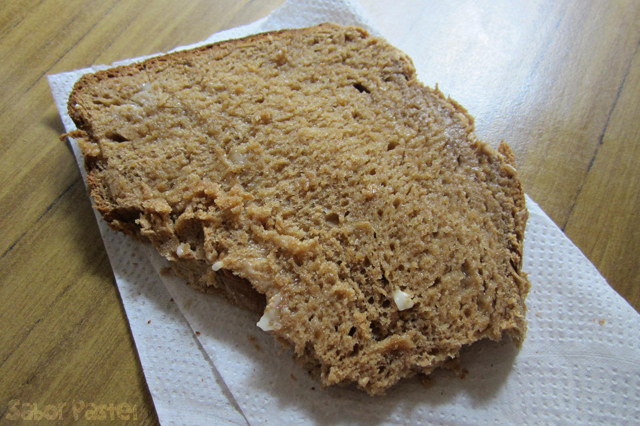 1. Mix both types of flour, salt, yeast and sugar in a large mixing bowl.
2. Add the water and stout, and mix until the ingredients are formed into a dough. Knead the dough until smooth.
3. Add the butter, and knead the dough until smooth again.
4. Form the dough into a ball and let it rest, covered, until doubled in size (this step is actually kind of optional – if you’re short on time, just let it rest for 15 minutes to relax the gluten).
5. Shape the bread into a loaf and place it in a loaf pan (you can roll it if you want). Let it rest, covered, until doubled in size.
6. Preheat the oven to 400ºF, and bake until the loaf reaches and internal temperature of 190ºF (I’m sorry but I don’t know the exact time since I made it on the bread machine).