So this month at the Daring Bakers we were asked to make beautiful bread. I had been hoping for a bread challenge, so imagine my excitement when I saw this gorgeous breads! There were two shape options, this one and another one, also round but with twisted ropes in the middle. I immediately loved the flower shape so I went with that one (well, at least I think it’s a flower so that’s what I’m calling it).

I could have gotten creative with the filling but plain cinnamon was all I really wanted, especially after seeing all those gooey monkey breads from the guys at Sourdough Surprises (although then again, I had made a savory monkey bread in the first place because I was saving the sugary cinnamon for this one).

I used the dough recipe provided for the twist bread because it called for sweetened condensed milk, which I love. And that way I could also use it as a drizzle, without opening a can just for that. I still have leftovers which I’m going to use on another recipe soon, I won’t tell you what is it but it’s going to be pretty cool :)

The bread looks super impressive but the assembly is actually very easy. You can see the step by step instructions here, but meanwhile, I’ll show you some process shots: 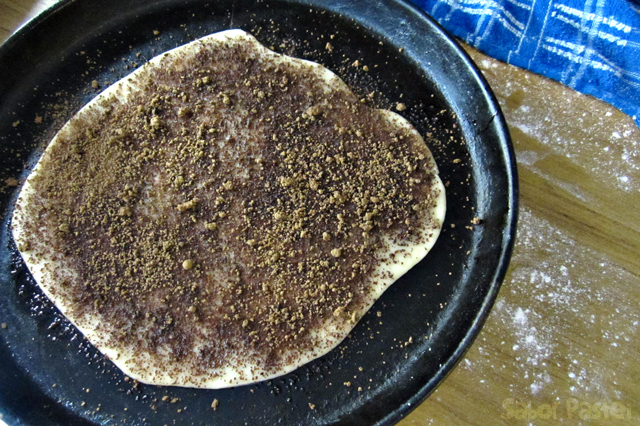 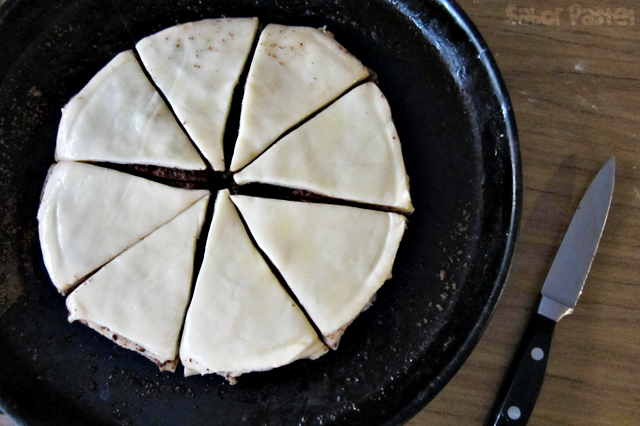 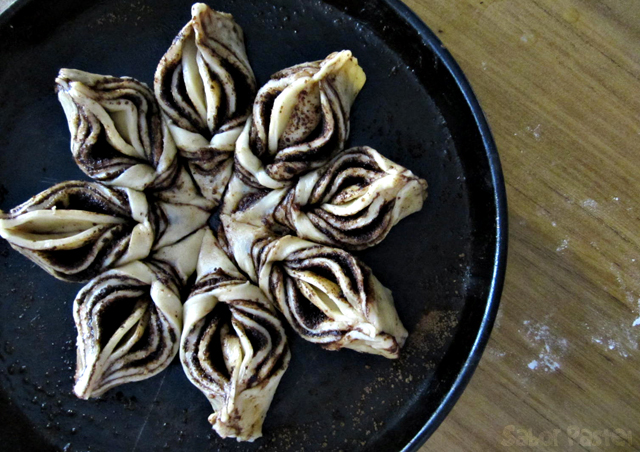 I really loved making this bread! It was so yummy and it made me feel totally accomplished to create such a beautiful piece. Though I was sad it got a little toasty, but I guess it was my fault because I reduced the dough quantities a little bit, and didn’t think of reducing the baking time (I’ve updated it on the recipe). But it was still good!

Blog-checking lines: Beauty surrounded the Daring Bakers this month as our host, Sawsan, of chef in disguise, challenged us to make beautiful, filled breads. Who knew breads could look as great as they taste?

1. Mix the condensed milk, yeast, oil, water, and egg in the bowl of your mixer.
2. Gradually add the flour and knead, using the kneading attachment or by hand, until you get a soft dough.
4. Form the dough into a ball, cover it and allow to rest until it doubles in size.
5. Punch down the dough and divide it into 4 parts.
6. Roll each part into a circle, at least 20 cm / 8 inch in diameter.
7. Brush one of the circles with butter, then sprinkle with sugar and cinnamon.
8. Place a second layer on top of the first layer, repeat the brushing and sprinkling, and then do the same with the third layer.
9. Top with the fourth layer, and brush it with butter.
10. Using a sharp paring knife, divide the dough circles into 8 triangles.
11. Make cuts that go 2/3 of the way in the middle of each triangle. The cuts should not reach the base of the triangle, nor the tip.
12. Take the tip of each triangle, insert it into the cut you made, and pull it from the underside.
13. Arrange the triangle on your baking sheet, then pinch the two angles at the base of the triangle together (at this point I covered the bread and refrigerated it overnight, to bake it for breakfast).
14. Allow to rest for 15 minutes. Meanwhile, heat the oven to 500°F.
15. Bake for 5 minutes at 460°F, then lower the temperature to 390°F and bake for 10-15 more minutes.