So here’s my post on my trip to Hawaii. I can’t believe it’s been a month already! Although my boyfriend didn’t do well at Pokémon Worlds, we still had a lot of fun. It was great to escape the cold, work and the 10 day subway strike – especially at such a dreamed location! 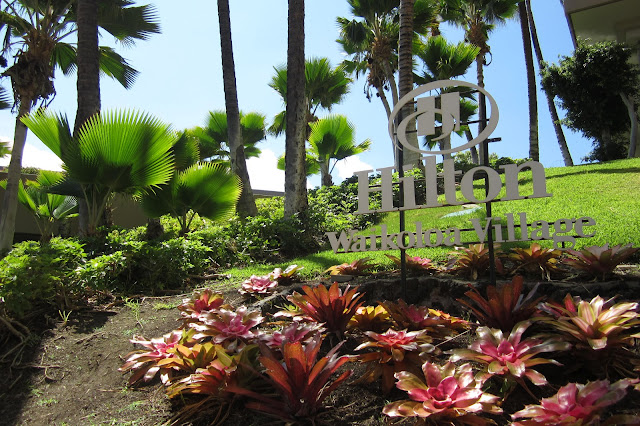 We stayed at the Hilton Waikoloa Village in Kona (‘the big island’). The hotel was ridiculously big, with several pools, stores and restaurants. It also had a variety of curious flora and fauna, including royal cranes and some ferret like creature I couldn’t even name. 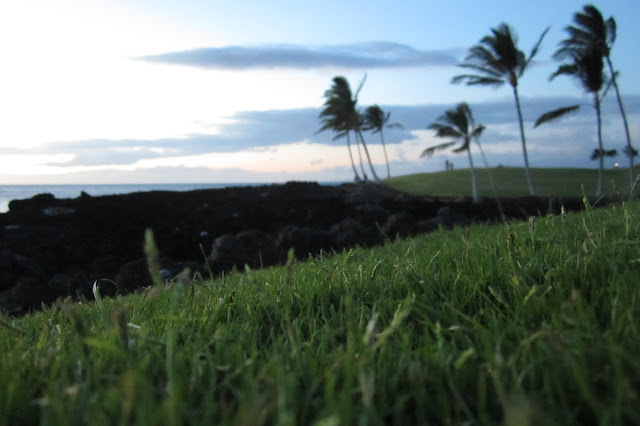 It was so full of activities and beautiful locations, we actually didn’t venture out much. We did go to an actual beach for like an hour, but the hotel’s beach was perfectly good. It was sorta like a lagoon, with fishes and turtles. We snorkeled and stalked a turtle, it was fun. 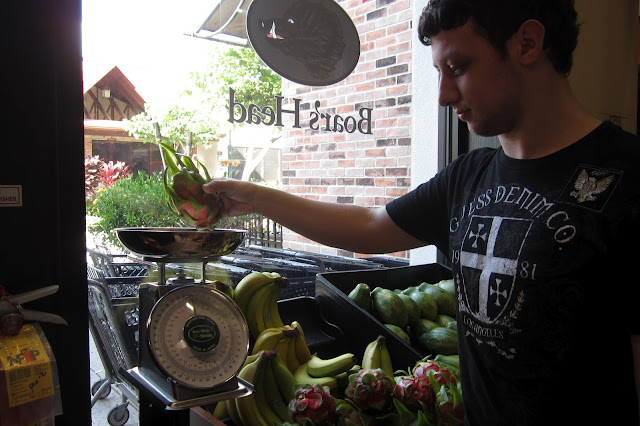 Of course, one thing we did have to do was check out the grocery store (Island Gourmet Market). I soon as we walked in, we were greeted by these beautiful dragonfruits! I didn’t buy a full one because it weighed a whole pound and costed seven dollars.

Luckily for me, they also had some sliced dragonfruit halves. 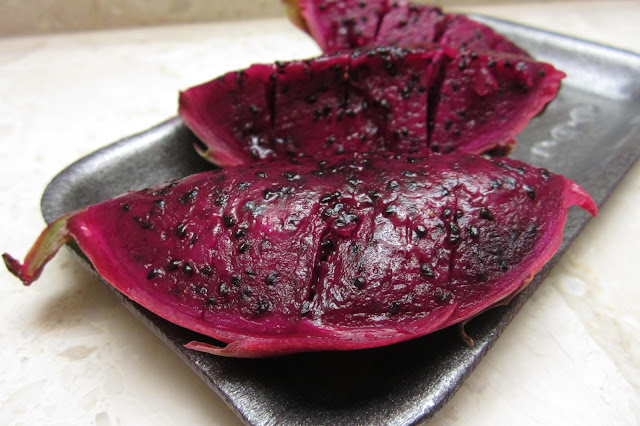 So pretty! I knew they don’t taste as good as they look, but it wasn’t bad either, just mild flavored. Like that time I tried a dull pomegranate (poms aren’t very popular here, for whatever reason). So I still can’t tell what dragonfruits and pomegranates taste like. But let me tell you something – dragonfruit stains! I guess it could be used as a natural food coloring. Like beetroot, but less weird. 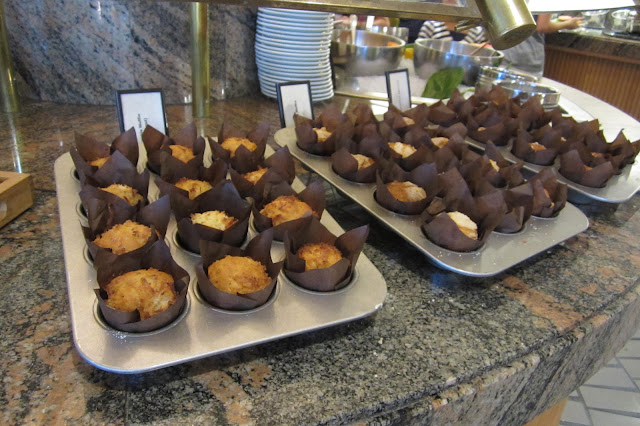 And here’s my favorite part of vacations: breakfast!

The Big Island Breakfast was, well, big. And good (I just wrote food instead of good, is that a subliminal message or just an adjacent letter typo??).

Anyway, the buffet had an omelette chef, pastries, American and Japanese breakfast food, cereal, fruit… The pastries were my favorite part, of course, especially the croissants which were so good, and the pineapple muffins which tasted just like a real pineapple! 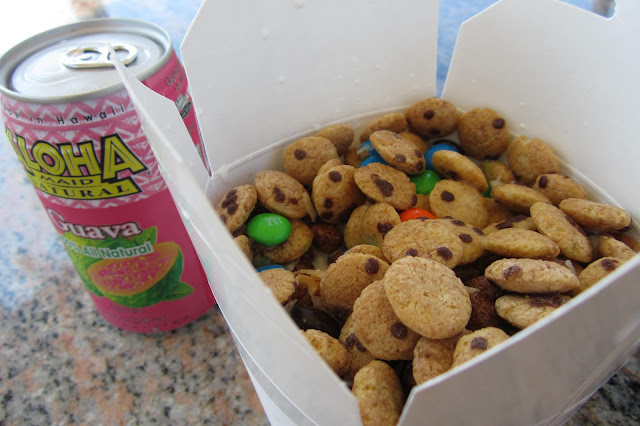 Of course we didn’t have a buffet breakfast everyday, because I was minding my budget weight. Here’s my breakfast at the Lagoon Spoon. A huge mix of cookie crisps, cocoa puffs, toasted coconut and m&ms, joined by some guava juice. For you information, adding m&ms to your morning cereal is a very clever choice. 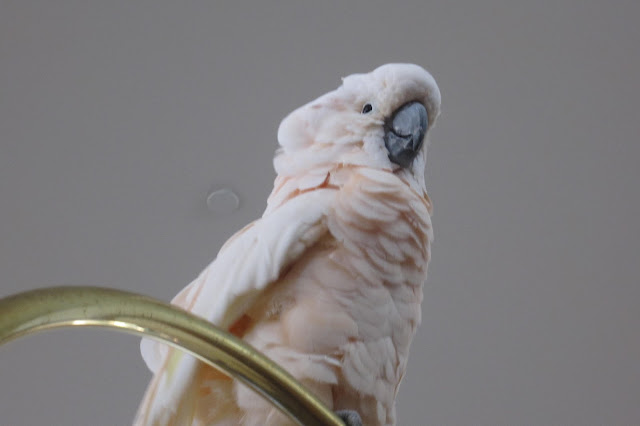 This cockatoo is food related because he was named Butterscotch. Isn’t he so cute? 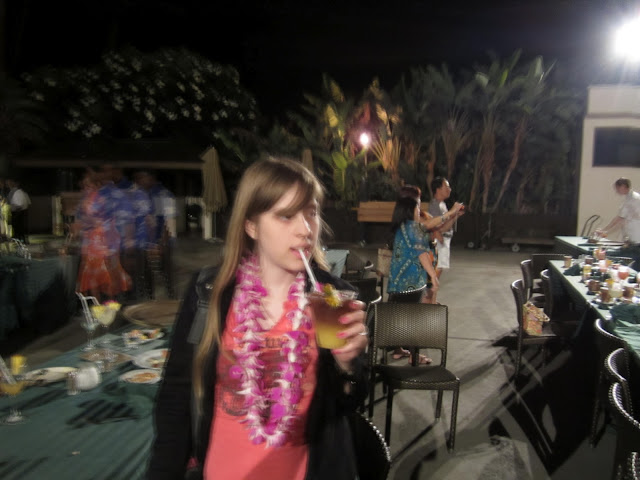 Aaand, we obviously attended a luau too! I’m afraid this is the only picture I got; it’s not too good but you can see a bit of what it looked like.

Here I can be seen sipping on a mai tai. For the record, I didn’t like it much; I thought the dark rum had a bit of a toasted/caramel taste which sorta clashed with the orange and pineapple. But that’s just me!

The rest of the luau food was so good, including the pig and desserts. And the show was great too, especially the fire part. I wouldn’t mind attending a luau every other week… 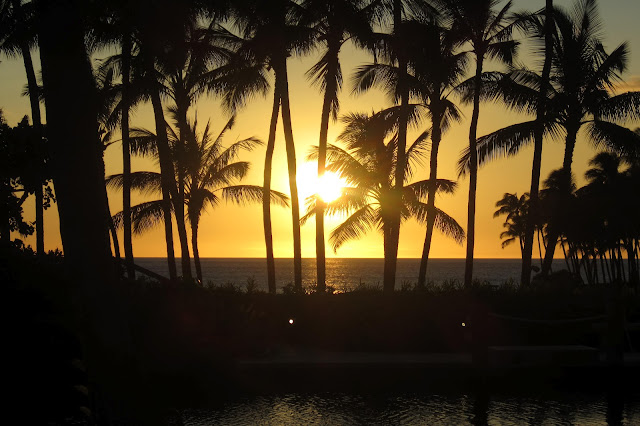 So, that’s it for now. My post about the Los Angeles bit of my holiday is coming soon, including a visit to you know which certain famous cupcake store ;)