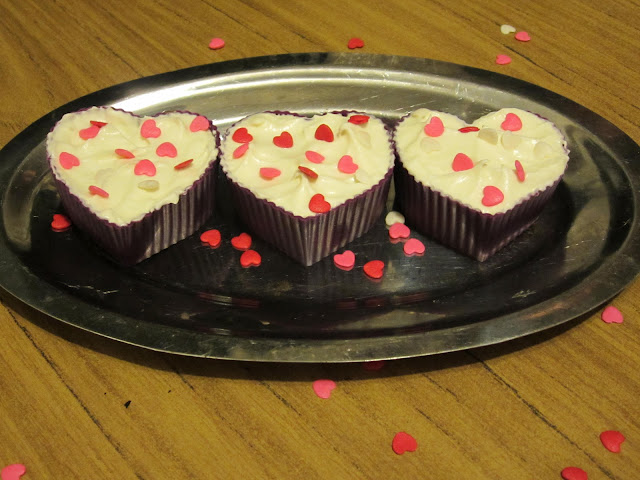 My boyfriend loves mousse, especially in chocolate and peanut butter versions. Since I hadn’t made it in a while I thought I’d whip up some on Sunday afternoon.

Mousse is so versatile because you can make it in a infinity of flavors and it’s good on it’s own or as a part of another dessert. I made this one with chocolate but you can replace it with cream cheese (mousse cheesecakes are so much better than baked ones in my opinion), peanut butter, dulce de leche, nutella, etc. Or you can use fruit puree, and also leave out the yolks if you want. I think that version even has a different name, not one that I can recall, unfortunately.

And once you’ve decided on the flavor, there’s a lot of things you can do with it. Serve it on its own (or with some cream as I did), use it on a triffle, fill or frost cupcakes or layer cakes, or add some cookie crust or brownie as a base and make a gateau. And that’s just off the top of my mind. 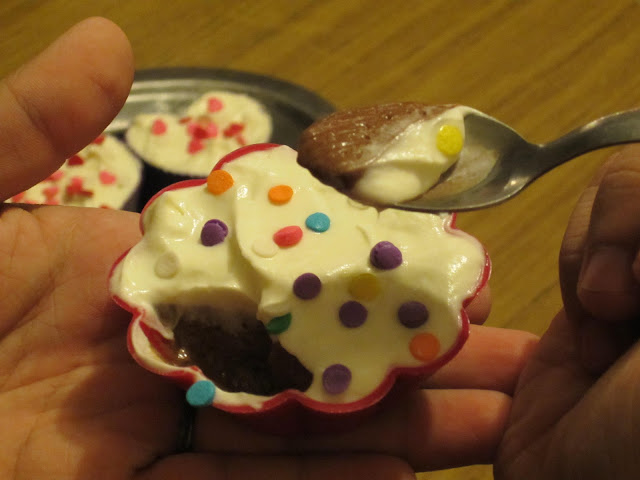 Of course, there are also many different recipes to make mousse. The one I use is a very traditional one, that can be served confidently because the eggs are cooked. Some recipes only have egg whites, and most of them have gelatine but it can be omitted if the mousse doesn’t need to hold a shape. Cream is almost always used as it gives the mousse structure.

So, it all starts with egg and sugar. This technique calls for a sugar syrup as seen above. Once it reaches the required temperature, it should be slowly poured over the eggs, which have been beaten to a ribbon stage. Then you beat till the mix reaches room temperature. You would need a stand mixed for this, since the eggs are beaten during the whole process.

But then again, that’s the traditional way. You definitely don’t need to cook the eggs if it feels like too much of a hassle (I guess I do it just because, actually). The syrup does add some volume, yes, but it’s not strictly necessary. You can beat the eggs with the sugar from the start instead, as you would on a sponge cake. You can even do it on a double boiler if it works for you (I’ve never tried it).

On the next step I diverted from the recipe. After the egg and sugar mix is done, you’d add the melted gelatine, then the melted chocolate and then the half whipped cream. Unfortunately I have issues with melting chocolate. Yeah, I know I’ve made the chocolate eggs and all that jazz, but why melt chocolate when the cream can do it for you? So I made a ganache by pouring the boiling cream over the chopped chocolate. By incorporating just the ganache instead of the chocolate and the cream, you’ll lose less of the precious volume you gained with all that egg whipping.

You do have to whip the ganache though, which can be tricky, but it doesn’t have to be fully whipped. Just get some air on it (I recommend whipping by hand to prevent curdling). 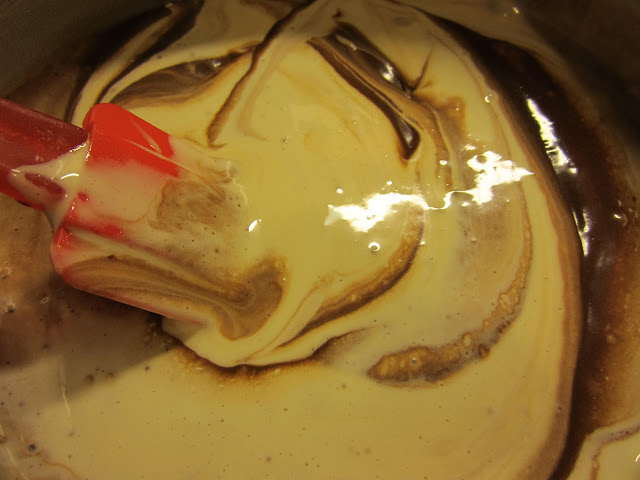 Then use your fairy hands and a spatula to incorporate the egg mix and ganache with minimal air loss :)

Then proceed with your yummy dessert. I just filled some cupcake liners, leaving some space to top with whipped cream. Make sure you refrigerate your mousse for at least two hours before serving, or more if you plan to unmold it.

Other notes:
Powdered gelatine should be hydrated in 5 times its weight water. So if you had 6g gelatine, you’d mix it with 30g water (about 2 tbsp) and let it sit for 5 minutes till it gets spongy. You can vary the amount of gelatine used depending on your needs but, to give you an idea, it should always be about 1 to 3 percent of the total weight of the mousse. I used 5g on this recipe since it would be eaten right from the cup, but the recipe called for 8g.
I also used 50g extra sugar because I wanted my dark chocolate to taste like milk chocolate :x (I adjusted the water accordingly).
And I added about 3 tbsp of chocolate liqueur to the ganache. You can omit it or use any flavoring you want (the recipe called for orange zest).

I shall now leave you with the original recipe, so you can make your own changes if you want.

1. Mix the gelatin and water, stirring to break any clumps. Let sit for at least 5 minutes, until spongy.
2. Beat the eggs with a stand mixed to a ribbon stage.
3. Meanwhile, place sugar and water in a saucepan over low heat to make a syrup. Stir occasionally with a wooden spoon or silicone spatula. It will be done at 244 to 249ºF, about two minutes after the center is boiling and the sugar is dissolved.
4. Pour the syrup over the eggs slowly while beating. Keep beating until the mix goes back to room temperature (at this point I recommend beating on low speed).
5. Meanwhile, melt the chocolate over a double boiler. Whip the cream until it’s thickened but not stiff (half stage).
6. Dissolve the gelatin by heating in the microwave for 20 seconds, and incorporate to the egg mix. Add the zest if using.
7. Now you’re done beating. Fold the egg mix into the chocolate in two additions, with gentle motions to ensure not too much air is lost. Then fold the cream in (or you can fold the eggs into a chocolate ganache like I did).
8. Fill the molds and refrigerate for at least 2 hours, or more if unmolding.